Woody Allen’s “Midnight in Paris” has been selected to open Cannes when the film festival kicks off May 11.

The romantic comedy, which stars Owen Wilson, Rachel McAdams, Marion Cotillard, Kathy Bates and Adrien Brody, will premiere at Cannes’ Lumiere Theatre in the presence of a jury presided over by Robert De Niro.

The film was shot last year in the French capital.

” ‘Midnight in Paris’ is a wonderful love letter to Paris,” said Cannes director Thierry Fremaux. “It’s a film in which Woody Allen takes a deeper look at the issues raised in his last films: our relationship with history, art, pleasure and life. His 41st feature reveals once again his inspiration.”

Produced by Mediapro (Spain) and Gravier Productions (New York), distributed by Mars Films in France, the film is to be released in France in 400 locations the same day it is screened at Cannes. 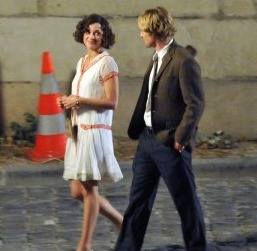