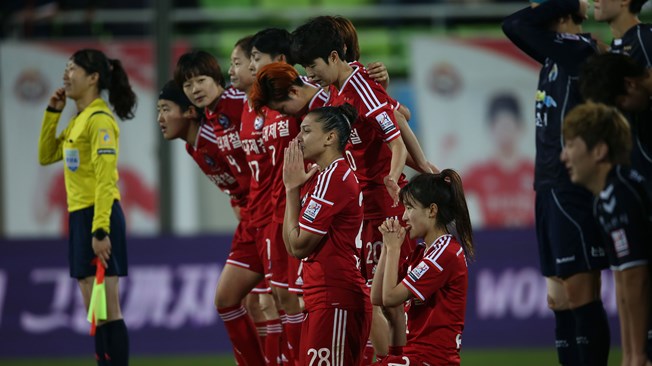 It is hard to a imagine a more dramatic conclusion to a league season than that which concluded the six-month WK-League campaign in Korea Republic on Monday. Incheon Hyundai Steel Red Angels won their third title in a row but only after they netted a 123rd-minute equaliser to force penalties against underdogs Icheon Daekyo. Brazilian Beatriz equalised with virtually the last kick of extra time to cancel out Kim Sangeun’s goal, after the pair had played out a scoreless first leg. The victory sees Incheon Red Angels claim their third title in succession, having been runners-up in the previous four campaigns.