The U.S. operates global drone war in Pakistan, Sudan and Yemen from German air base 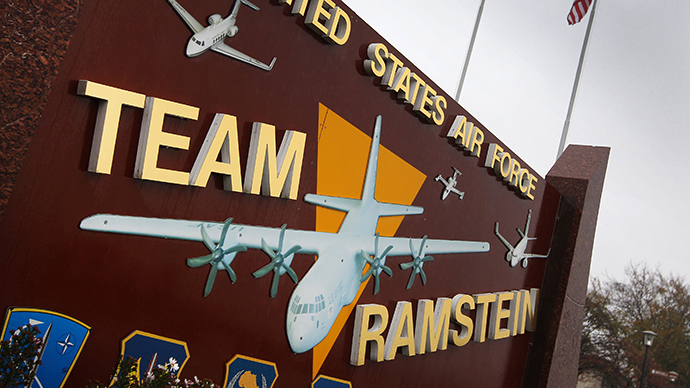 A testimony by a former U.S. Air Force drone pilot has revealed that the U.S. is using its Ramstein Air Base in Germany to wage highly controversial drone warfare in Africa, Yemen, and Pakistan.

“The entire drone war of the U.S. military wouldn’t be possible without Germany,” Brandon Bryant, who resigned in 2011, told NDR television and Sueddeutsche Zeitung newspaper.

Last year, German media revealed that the US uses its military bases in Germany to conduct targeted killings of suspected terrorists in Somalia. But Bryant now says that Ramstein Air Base in the German state of Rhineland-Palatinate is involved in strikes on Pakistan and Yemen.

During his five years of service, Bryant flew more than 1,000 operations in Pakistan and Yemen. He said his unit was responsible for 1,262 targeted killings. Although Bryant was seated at his control pad in New Mexico – far from the actual drones – there is mounting evidence that the base in Germany plays a key role.

Data from the remote controlled drones is transmitted via satellite to Germany. It is then sent back to America via fiber optic cable. Live pictures are analyzed and classified by teams of US intelligence officers in Germany, suggesting Ramstein is the nerve center behind the operations.

Bryant said that Ramstein was always “the first port of call” during any strike.